ICDL LAUNCHED IN EUROPE AT EVENT IN BRUSSELS

The ICDL brand was launched in Brussels on 10 May at an event, co-organised with CEPIS. The refreshed digital skills certification and brand identity will help meet the digital skills needs of students, workers and professionals across Europe at a t 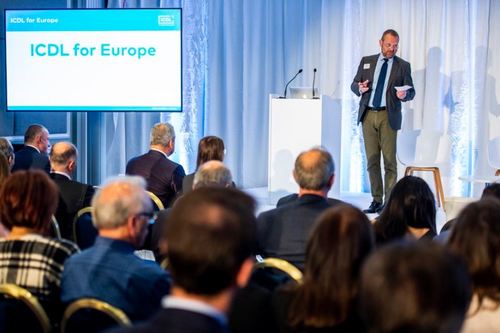 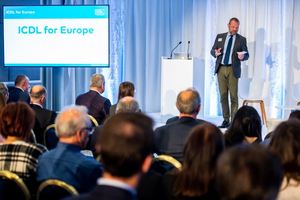 ICDL, previously known as ECDL in Europe, was first created as a joint project between several computer societies in Europe, with funding from the European Union in 1997. Since then, the programme has grown to every European country, as well as countries across 6 continents around the world.

ICDL Foundation CEO, Damien O’Sullivan, said, “We have seen great success with ECDL, but with a fresh brand identity and new programme content, we are ready to face our next 20 years.

“The skills that everyday computer users need are changing fast. Technology is becoming a bigger part of all jobs, and the types of things that employers expect their workers to be able to do are changing too. We’re launching new modules, like Data Analytics and Digital Marketing, as well as a new programme structure to make sure ICDL certifies the skills that will help people work more effectively and efficiently.”

The ICDL brand will be introduced in Europe during a transition period. All existing ECDL certificates remain valid, even as the name of the programme changes to ICDL. When introduced, new certificates will be issued under the ICDL name, but each candidate’s past achievements will be reflected, whether they were ECDL or ICDL.

The event also marked the 30thanniversary of the founding of CEPIS, the Council of European Professional Informatics Societies. CEPIS brings together computer societies from around Europe to promote the IT